Figure to ground photography has the main subject in contrast with the background. Light on dark or dark on light.
The most dramatic example is asilhouette.
Our article will show you how to recreate this technique. 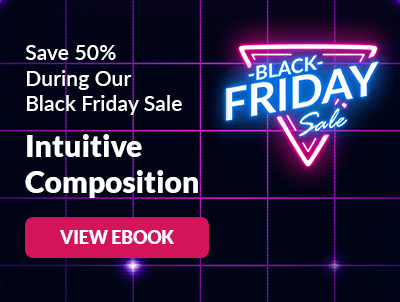 How to Create Contrast in Photography

Often the contrast light difference creates the contrast. Goodblack and white figure photographyis often punctuated by light contrast.
You can have more light falling on the subject than on the background. Then you have figure to ground composition.
You can also create contrast bycolourand tone differences alone. Where your subject and background are in the same light but the subject is a lighter or darker tone than the background.
Some people ‘see’ good photography composition. They perceive figure to ground consciously thinking about it. Other people are not aware of it.
You can learn this technique though. And the more you look for it, the more you will see it.

Why Is Figure to Ground Important to Photography Composition

Sometimes the contrast is between the main subject and the background. You’ll notice the main subject instantly.
Where there is little or no contrast the viewer may find it difficult to make out the main subject.
Using figure to ground can also bring depth to your photographs.
It is easier for your mind to separate elements in photos that are in contrast to one another.
Pictures using figure to ground are more likely to grab the viewer’s attention. This is a basic principle of visual perception. If you can learn to use it well in your photography morepeople will take interestin your pictures.

You need to know how your camera will record a scene. This will help you ‘see’ when the conditions are right for figure to ground.
This scene with the Thai model in front of the meditation tunnel is a good example.
When I was looking at this I could see a lot of detail inside the tunnel. I knew it would be a stronger photo if that detail was not visible.

Ipositioned my modeljust in the mouth of the tunnel where there is a lot more light than further in. I manually set my exposure. And I made sure her skin is the correct, natural tone. And that the background is underexposed.
My camera settings for this photo were 1/125th of a second, f4 and ISO 800. I had taken a spot meter reading off her face.
Exposure is vital to getting the most effective use from this technique. If you have your camera set on an automatic or semi-automatic mode it will not work so well.
If you are using a spot meter it can help, but it is best to be in more control. On auto, the camera will try to balance yourexposure.
It will make a photo with too much detail in the shadow areas and not enough contrast.
You will be more successful with figure to ground if you are in control of the exposure settings. This can be in manual mode or using exposure compensation if you use auto.
Placingmy modelfurther back in the tunnel would not have given me the same result. The deeper into the tunnel I place her, the less light would be falling on her. You’ll lose the advantage of the contrast.
I would need to increase my exposure, letting more light reach the sensor. The tonal difference between my model and the background would be too close. The colour of her skin and the bricks in the tunnel do not contrast.

Use Tone Contrast for Figure to Ground Photography

How to Spot Figure to Ground Compositions in Everyday Scenes

Look for contrast and think like alight meter. Think about how the light is reflecting off your main subject and off the background.
Is there significant difference? If so, you can create a figure to ground composition.

Tips to Keep in Mind

1. To help you see the contrast,squint your eyes. Looking with your eyes almost closed will blur out most of the detail you see.
It becomes easier to make out the contrast. If you try this technique when there is little or no contrast you will see a greyish blur.
2. Set your camera monitor toblack and white. See how the scene will look without the distraction of colour.
3. To be more precise use your camera’s exposure meter. Set it tospot metering mode. This will allow you to make one exposure reading from your subject. And one from the background.
你想有两个停止或更多的差异een your subject and background. For example, in my photo of the old Buddhist nun opening the temple doors I made a spot metered reading from her.
I set my camera to 1/80th of a second, f 2.8 and ISO 400. To expose the background my settings would need to be something like 1/500th of a second, f/88 and ISO 400.
This is a difference of overfive stops. The contrast is significant.

For a light figure on a dark background your exposure setting will be different. In my photo of the young monk standing in the doorway I took a spot meter reading from the boy.
My settings were 1/400th of a second, f 4.5 and ISO 200.
To expose the background my settings would have needed to be something like 1/60th of a second, f 2.8 and ISO 1600.
But the dark interior of the room showing in the open doorway creates a strong contrast.

To make both these photos I positioned myself so the open doorway was behind my subject. Doing this provided the contrast I wanted and also framed my subjects well.
I could have stood a little to my left or right when making either of these photos. But then part of the door frame would have been behind my subject.
The figure to ground composition would not be effective.
Even a slight change in your position can affect your composition.
This photo of the smiling novice monk is not figure to ground photography. The light on him and on the other novices is the same. The colour and tone in the whole image is very similar with low contrast.
The reason he is the main subject is because of his smile and the fact you cannot see any other face.
If he had been in the sun and the others behind him were standing in the shade there would be more contrast. It would have been a stronger photo.

Why Extreme Contrast Is Not Necessary

In figure to ground photography the greater the contrast, the higher the impact. A silhouetted figure on a bright background is the most extreme. I like to use ablack backgroundwith myoutdoor studio portraitsbecause the contrast is high.
Sometimes, you will want enough of the background clear so your main subject stays in context. In my photo of the monks lighting candles, if the background was much darker the context would be lost.
If the background had been flood lit there would be less contrast. The figure to ground effect would be diminished.
Forenvironmental portraitsit is often best to have a more subtle contrast between.
In my portrait of the woman serving in the street side restaurant the light on her is soft and even. This is because she was near the open front of the restaurant.
Further into the room there was less light, creating just enough contrast for her to stand out and also show her environment.
She remains connected, but also somewhat removed, because of the subtle contrast. Your eye is immediately drawn to her. And she appears to be lifted forward from the background because she is lighter.
This creates the impression of depth in a two dimensional photograph. My close proximity and choice of a 35mm lens to make this portrait are also factors in thisdepth perception.

Modern camera sensors are capable of rendering a very broad tonal range. This is more noticeable inRAW files.
You can heighten the figure to ground effect during post processing. One common method to achieve this is by using the dodge and burn tools.
Use the dodge tool to make the main subject of you composition lighter. Use the burn tool to make the background darker.
如果你只使用contrast control this would influence the whole image and not help so much.

How to Use Dodge and Burn Tools

When using the dodge and burn tools have the exposure level set very low, around 5% to 10%. This will allow you to work with these tools so the edges of the affected area will not be obvious.
You can work over the same part with a low exposure brush until you see the desired result.
With enough careful post processing it is possible to create figure to ground photography from a low contrast photo. This will work best if you have a RAW file that is well exposed.
我创建了figure to ground contrast in this photo of a butcher at the markets. He was taking a break and I asked if I could make his portrait.
I knew he would be a bit shy and would not want the attention of his work mates. I had to photograph him where he was sitting.
The room is illuminated with fluorescent lights and is open around the sides. The light is very even so there is not much contrast. The tone of the butcher and the background are very similar.
I wanted him to stand out more from the background. To achieve this, I used the dodge tool on about 5% to lighten up his face and arms. I used the burn tool on about 10% working over and over on the background until it was dark enough.
Having him lighter helps to separate him from the background and creates more depth in the photo.

There are many ways you can alter tone values duringpost processing. I prefer dodging and burning because I am old school and that’s how I worked on prints in a darkroom.

You can learn to see figure to ground. Walk around squinting at things until you get used to seeing when it will happen.
Think inblack and white. Look for the contrast between figure and background in tone and in lighting. Photograph it when you see it. Then experiment with enhancing the effect during post processing.
Looking for some more great composition tips? Check our posts on using therule of oddsorcentral composition!

I Need Help With… 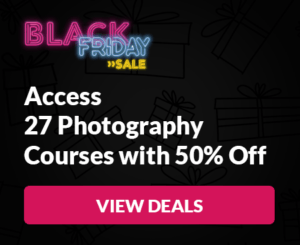 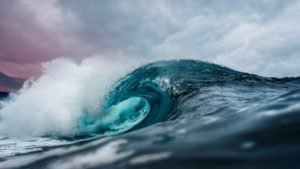 How to Use the Golden Ratio in Photography Composition

You can find the golden ratio everywhere in nature, from a nautilus shell to the waves of the ocean. Even parts of the human body… 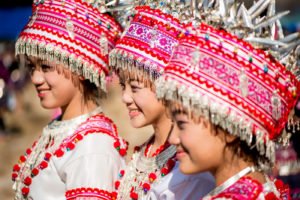 How to Break the Rules of Photography Composition for Creative Results

I have never taken a conventional approach to learning or teaching composition. Breaking the rules of photography composition can, in fact, lead to creative results,… 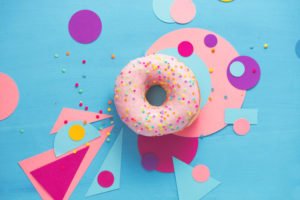 How to Use Color Contrast in Photography

Some photos are better at catching a viewer's attention than others. But what's the secret? Certain colors pair well together and create a natural contrast…
See all articles in Composition

Use The Most Important Composition Rules On-The-Go

3 of the 7 rules we uncover in these cheat sheets are:

Add a point of comparison to show a sense of scale

Create harmony and a sense of
wholeness in your photos

Where should we send your free cheat sheets?

Use The Most Important Composition Rules On-The-Go

3 of the 7 rules we uncover in these cheat sheets are:

Add a point of comparison to show a sense of scale

Create harmony and a sense of
wholeness in your photos

Where should we send your free cheat sheets?